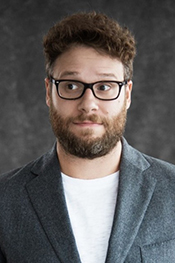 What did you first think of the script when you read it?

I thought it was funny and wanted to do it. I’ve always wanted to work with Kevin Smith. It has been a goal of mine. I was very flattered when Kevin offered the role to me, and it was shocking that he even knew who I was. When someone you really like wants to work with you, and it’s also someone who inspired you to do what you do in the first place, it’s thrilling.

You’ve had numerous highly successful collaborations with Judd Apatow, like Knocked Up and The 40 Year Old Virgin. What are the similarities and differences between working with Apatow and Kevin Smith?

Their movies tonally are similar—a mix of raunchiness and sweetness. However, their styles on-set are very different. It’s as simple as Judd doesn’t really know what he wants. He knows what he wants the scenes to be about, but as far as how the information comes out—who says what and what the jokes are—he discovers all of that while we’re shooting. On the other hand, Kevin is very specific and he knows exactly what he wants. He knows what the shots are, and he literally edits the movie. That’s the fundamental difference, and they’re both great.

Because of almost all of the movies you have acted in, many women are saying that these days, they’re more attracted to nerdy romantic guys.

Do you enjoy playing these types of roles?

Yeah, I just try to do movies that I would like to go see. I think romantic comedies, when handled right, can be a really great genre.

It’s still two years to my ten-year reunion. I would never go. I’d be such a dick. “Guess what I do, guys?!”

Any old friends or high-school crushes you would want to see?

No. I see everyone I want to see from high school, and I have stopped talking to everyone I don’t.