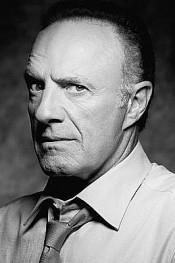 James Caan, a New York City native who studied acting at the prestigious Neighborhood Playhouse, has been electrifying movie and television screens with his manly persona and acting talent for decades. He played the unforgettable part of Sonny Corleone in Francis Ford Coppola’s epic mafia movie The Godfather.

Caan’s diversity as an actor is astounding. For instance, he can play a cowboy in films like Comes A Horseman (1978) and Another Man, Another Chance (1977), a compulsive gambler in the film The Gambler (1974), a tough guy in the film Thief (1981) and even a best-selling author in the hit movie Misery (1990). Caan has appeared opposite some of the most dynamic female co-stars in the business like Barbra Streisand (Funny Lady,) Halle Berry (The Program) and Charlize Theron (The Yards,) just to name a few.

Caan is also no stranger to Las Vegas. In fact, he has been going to the desert hotspot for business and pleasure over many, many years. He appeared in the hit comedy film Honeymoon In Vegas (shot on location in Vegas) and, most recently, he’s the star of the NBC-TV hit drama series aptly entitled, Las Vegas. James Caan is a man’s man who has seen all the ins and outs of Sin City. So listen up as he gives us an education on the “desert of dreams.”

Do you remember the first time you went to Las Vegas?

I was in my early to mid twenties. I started riding horses and one of my friends was one of the small owners of Caesars. This was way before Caesars went corporate. So, I went out there to ride horses and act like a cowboy from New York. I was a brash little wiseguy kid and had all my “New York stuff” in me. I spent most of my time in those days at Caesars and The Sands. I became friendly with a lot of the guys out there.

Coming from New York how did you feel about the desert?

I hate the desert. Who wants to take a cactus out of your ass (Laughing).

(Laughing) What about the excitement of Las Vegas, itself?

Seriously, at that age there was always something exciting to do in Las Vegas, especially when you knew some of the upper echelon hotel owners in there. Also, as a young kid, the girls were phenomenal. But, it was far removed from the way it is today. Today, it is all corporate. Back then, if you were a friend you got the pencil, which was the biggest gift in the world if you were a young guy. I used to hang out with and watch comedians perform like Don Adams, Shecky Greene and Don Rickles.

Who are some of the legendary entertainers you’ve seen perform in Vegas?

There was Frank Sinatra, of course. We had some mutual friends and I got to know him fairly well and I went to his house. Sinatra had seen a picture I did in 1969 called The Rain People and he wanted to talk about that. So, I spent a whole night with him. As far as other entertainers, I loved watching Louis Prima. Also, for pure entertainment, I loved watching Steve Lawrence and Eddie Gorme. They always offered great music and a lot of laughs. They were classic Vegas entertainment at it’s best. Shecky Greene was hilarious. If you went to see him every night, you always saw a different show. You never saw the same show twice. Dean Martin was a great performer. He was also a cowboy. So, he’s one of my influences and how I became a cowboy. I used to practice out at his ranch all the time. Then, I joined the PRCA (Professional Rodeo Cowboy Association).

You starred in the 1974 movie The Gambler. Have you always been intrigued by gambling?

My father played a lot of gin rummy and had a system with the horses, which was hysterical. He and his cousin, who was a stockbroker, had files and files for this system in order to follow the horses. So, I was around gambling from an early age. I remember that they were playing gin games in the back of the local barbershop, with a curtain drawn to cover the action. It was hysterical because they had this little curtain that barely covered the opening to the back room and there were six guys behind it playing three across. The barbershop owner would keep screaming at them to be quiet and to keep it down. He would tell them every day that this was the last time they could ever play again because they were chasing his customers away. But, he never closed it down. However, when I was young, my father once told me, “The only time you should gamble is when you’ve got nothing.” I always remembered that piece of advice. Obviously, when you lost, what did you really lose? Because you still had nothing. But, nowadays gambling doesn’t thrill me.

What do you like to play, if you are going to play?

I enjoy playing blackjack because I have a system. Blackjack is all about money management, like any game. My mother, your mother and anybody else who gambles in Las Vegas who is not a real gambler is how those places get built out there. Also, the people who think they are gamblers are full of crap. There are maybe one tenth of one percent of people who are true gamblers. You’ve got to have ice water in your veins to be a genuine gambler. For example, my friends or my mother will go to Vegas and go with $2,000. They’ll say, “I’m going to go with $2,000 and if I lose it, so what? I am going to have a good time.” That’s what they all say! The money varies with each person. If they are losing $5,000, they’ll usually end up spend $20,000 to get even. You can hear them out loud at the tables saying, “Oh please, let me get even!” Right?

Now, if they are betting with $5,000 and winning, what do they say? They say, “I am going to go home with at least $2,500 in winnings.” How are they going to hurt the hotel with that attitude? With every common person this is their attitude. Even if a person is winning $2,000, he or she is ready to settle for $1,000 in winnings in order to go home a winner. However, if someone wants to get even, they will spend $10,000 to get even. Now, the cold-blooded gambler does the exact opposite. When he is winning, his thought process is that it ain’t his money. It’s the casino’s money. So, he bets it all. When he is losing, he cuts down. It sounds simple, but it is very hard to do. That’s why there are no clocks or windows in Las Vegas!

For the complete interview pick up A Guy’s Guide to Being a Man’s Man written By Steven Priggé.